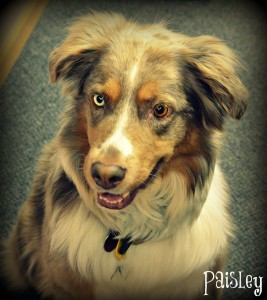 Paisley has earned 5 NATCh s and 3 Versatility NATCh s. She has also earned Elite All Around!

Paisley has qualified and competed in 8 NADAC Championships.

Every year NADAC compiles the NADAC Top 10 by Breed. This year if a breed group had 400 or more dogs they listed the Top 20. Here is how my girls ended up for the year 2012!